Preface: In guard dog training lingo a “hard dog” is one that’s truly tough, in response to threat and pain instead of backing down as normal dogs will, it becomes angry and more aggressive. This kind of dog is extremely hard to find today, even in a breed like the rottweiler that has a higher occurrence of such individuals. To put things into perspective this is the kind of dog you want at your side if you find yourself surrounded by a group of hoodlums who want to do you real harm and rocks and sticks start flying. While it is possible for a hard dog to also be stable and perhaps even social, the level of hardness Mr. Relic describes here is bordering on crazy, and such a dog can only be kept by the most experienced handlers. 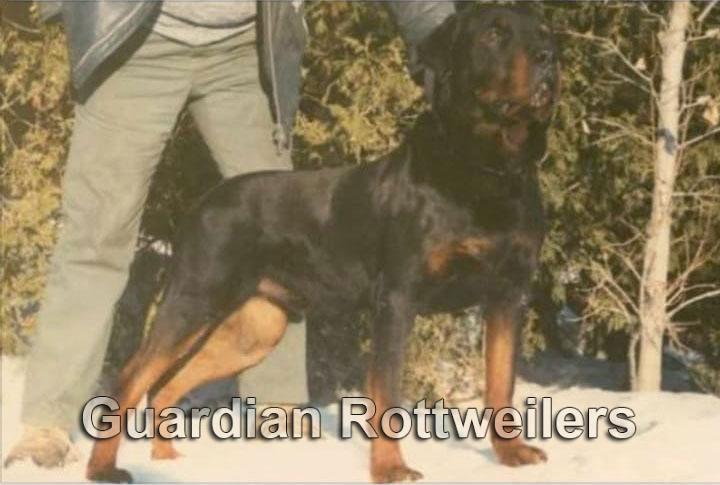 Codo Von Walkenbruckentor 1987 one of the toughest dogs to ever walk the planet! Best pedigree in Canada in late 80’s early 90’s. All his pick sons required 2 to 3 trainers to accomplish the out. When an electric collar was used on Codo once at Western New York Schutzhund Club, he tried to kill everyone in the room. Several outing techniques were used. None of his pick sons needed puppy tugs or sleeves. alligators, all of them. Ives Eulenspiegle, Beno V Allgateur, and Arri Von Der Humbuckbrucker out of Radio Ranch in the US. Codo weighed 100lbs. and remained super healthy, with joint mobility and agility of a young dog with no visual signs of aging or grey, doing the work of 2 year old dogs at age 12.

Codo was extremely handler aggressive and was returned to me 4 times. So I kept him, since I was the only one who could safely handle him permanently, till he passed away at age 13. A Canadian legend among trainers, breeders and rottweiler enthusiasts to this day. And a painful reminder to inexperienced trainers and handlers of how deadly dangerous these East German border dogs can be. There is no room for mistakes, and you can never let your guard down or fear/caution show. If he grabs your wrist, you go unconscious without a mark on your wrist. If he’s angry, you will bleed to death. Not a dog for everyone. But Codo certainly added spice to the pussycats prodigy, and had super hardness and fighting drive.
Even after flattening his canines from grinding a fence in a compound and chewing on rocks, he still hung on to hard Frabo and Ebinger sleeves like superglue. Stainless Steel Teeth were available in those days, but would’ve been a lethal alternative, so I decided he was a dangerous enough challenge for me, and was not advisable for any handler aggressive dogs.

Celebrity dog trainers would be non existent if they tried to tackle a dog of this caliber, even for a day! Lights were on, but nobody was home. These dogs normally don’t exist in North America.
R.I.P. my psycho body guard buddy! 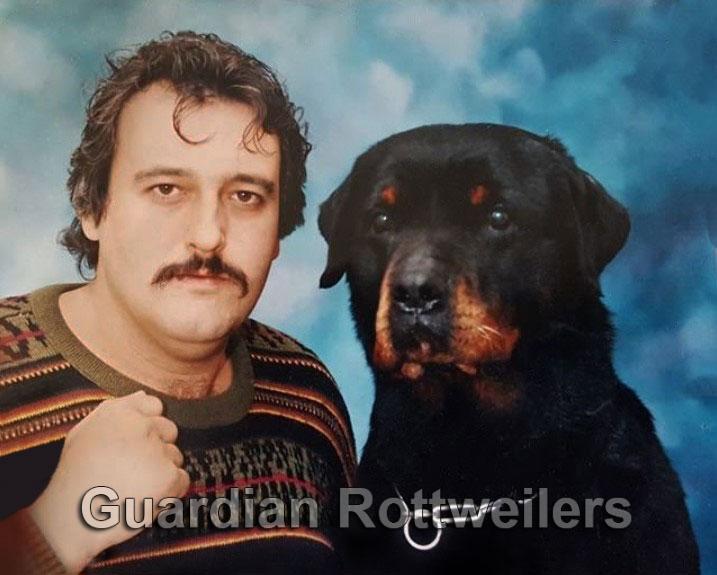